In late 2016, Colombia sealed a peace deal with the Revolutionary Armed Forces of Colombia, or FARC, a left-wing rebel group and major drug trafficker.

But they have struggled to implement important aspects of the deal, and coca production has only increased.

While the FARC agreed to exit the drug trade, dissident members have remained, and criminal groups that have proliferated in Colombia are also jockeying for a piece of the trade. Other factors, like few economic alternatives for coca-producing farmers, have helped keep the crop popular.

The Trump administration has pressured Colombian President Juan Manuel Santos to address the increase. Santos has resisted a more hardline approach, and experts worry a focus on cocaine overlooks other potent threats developing in the country.

The photos below, taken by the Associated Press’ Rodrigo Abd in early 2016, show how coca leaves are made into paste and then into cocaine, revealing the humble origins of one of the world’s most lucrative illegal drugs.

The territory that Edgar’s farm is in was controlled by the FARC before the rebel group agreed to demobilize. At one point the FARC controlled 70% of Colombia’s coca crops.

For farmers like those the AP talked to, coca production is less of a moneymaking scheme that a financial imperative. Some Colombian farmers, rather than dealing directly with traffickers, trade their coca paste to local stores in exchange for much-needed goods.

A struggling legal economy — and a dearth of alternatives presented by the government — have contributed to the increase in coca production in Colombia, which now outstrips that of the second- and third-biggest producers combined. The Colombian government’s lack of follow-through on crop-substitution programs and failure to offer alternative development projects have earned protests from coca farmers.

For farmers in remote regions of Colombia, by the time they produce and ship legal crops like fruit to market, their costs will have often exceeded their profits. “But with coca,” Jeremy McDermott, codirector of Insight Crime, told The Atlantic, “the buyer will come to your house.”

“The government does not want to resolve the huge problem we have here,” Orlando Castilla, president of the Farmers Association in the Guaviare region of south-central Colombia, told Reuters in mid-2016. “We appear to be rich, millionaires on a national and international level, but we have nothing to live off,” he added.

Coca helps give local residents “a way of sustaining their families in every sense,” in a way that the government hasn’t matched, Ferin Oviedo, a representative of the Guayabero Regional Farmers’ Association, told Reuters.

It takes about a ton of coca leaves to make a kilo — about 2.2 pounds — of the paste. That amount of leaves costs a few hundred dollars, and the family can sell a kilo of paste about $900.

That sale is the first in a long series of transactions. The prices increase at each step in the process, going from a few hundred to a few thousand dollars. By the time it’s sold on the streets, a kilo can go for more than $100,000, depending on where it’s sold.

The cultivation increase stems from a number of factors. FARC rebels encouraged farmers to grow it during peace talks, promising they’d be eligible for more subsidies after the deal was concluded. The price of gold has also fallen, making mining less appealing.

Ending eradication by aerial fumigation, which was halted in 2015 over concerns about health risks, appears to have played less of a role in the cultivation increase than thought.

In 2015, 81% of coca cultivation was concentrated in five of Colombia’s 32 departments: Nariño, Cauca, Putumayo, and Caquetá, all of which in are in southern Colombia, and in Norte de Santander, which borders Venezuela in northeast Colombia.

All those areas are affected by armed conflict (Putumayo especially) and frequently appear on the UN Office on Drug and Crime’s list of drug-production areas.

During negotiations, some FARC members rejected the peace process and vowed to carry on with their fight and criminal involvement. The deal initially failed to get public approval in a national plebiscite, heightening fears about FARC recidivism, but Colombia’s legislature ultimately approved the accord. Now dissident FARC members are thought to number about 500 former rebels organized in 16 independent factions.

Colombia’s various criminal groups — called Bacrim, which is short for the Spanish name “bandas criminales” — have also tried to fill the void left by a demobilized FARC. The increase in coca cultivation over the last three years has bolstered these groups’ income, and they, along with dissident FARC members, have contributed to an increase in violence in some parts of the country, especially against leftists and other social and community leaders opposed to criminal activities.

The most prominent Bacrim is known as Los Urabeños and is thought to be the only such group with a truly national reach.

The Colombian government has increased pressure on Los Urabeños, arresting and killing some key operatives, though many of its leaders remain on the run. The group has retaliated, offering bounties for police officers and reportedly paying nearly $700 for each one killed.

Los Urabeños has been behind some of Colombia’s biggest cocaine seizures.

In May 2016, Colombian police seized nearly 9 tons of cocaine worth $240 million hidden near the border with Panama, believed to belong to the group. It was called the biggest seizure in Colombian history, but only three people were arrested in the operation.

Cocaine is smuggled to the US a variety of ways. It can travel by sea on anything from small crafts called pangas to commercial fishing vessels to homemade submarines. Smugglers also make use of light aircraft to move the drugs from Colombia to Central America, where it is taken into Mexico and eventually to the US.

The US Coast Guard has struggled to intercept drug shipments at sea, even when it knows where they are.

“We have good intelligence on between 80% and 90% of these movements,” said Vice Adm. Charles Ray during Senate testimony in September, referring to trafficking in the eastern Pacific Ocean and Caribbean. “So we have good intelligence, [but] we only have the capacity to get after about 30% of those” shipments.

The US has pressured Colombia over the increase in coca cultivation. The White House said in September that it “seriously considered designating Colombia as a country that has failed demonstrably to adhere to its obligations under international counternarcotics agreements” due to the increase.

That statement was greeted with criticism, and Colombian President Juan Manuel Santos responded by saying, “No one has to threaten us to confront this challenge.” 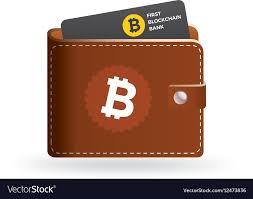